Mr. Holder, I hope that your passing was easy and that you were surrounded by
love, loved ones, art, music, laughter, dance, performance, excellence, elegance, peace and more.
Your legacy is large. I will share it with all who will listen so that it may carry on.

Wishing his partner in all things, Carmen, endurance and strength.
And his son, Leo, with whom he had his last dance.

This was my grandma’s book. 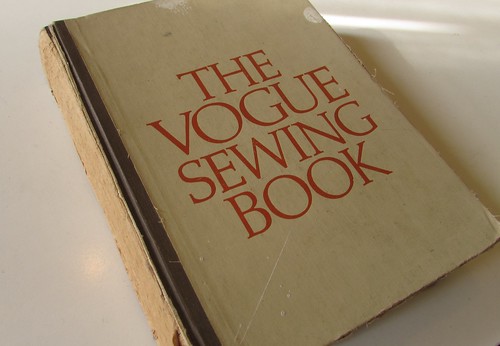 It’s seen better days.
In her defense, she had seven children and a husband with near legendary book destroying super powers.

It’s possible she absconded with it from NYPL…. 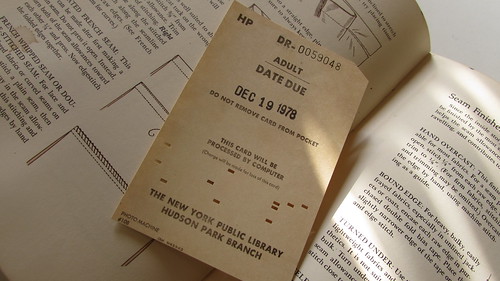 Perhaps she got it at library book sale. (#HopefulLibrarian)

Grandma left this super cute sketch between its pages. 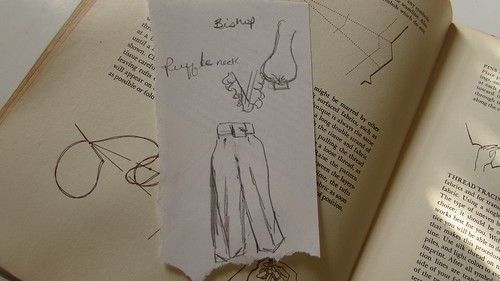 I think….we have very similar handwriting (so close that I actually signed a couple of her credit cards).
I’m still not entirely sure I didn’t draw this.

Onto book show-and-tell with:

This first edition of The Vogue Sewing Book was published in 1970.
At the Butterick Plant.
If I ever have a my own business, my ultimate goal is to take it all the way to plant level. 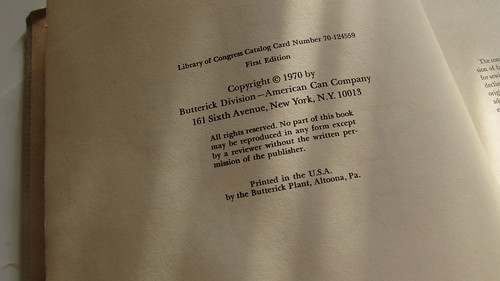 It tells you right here in the preface… 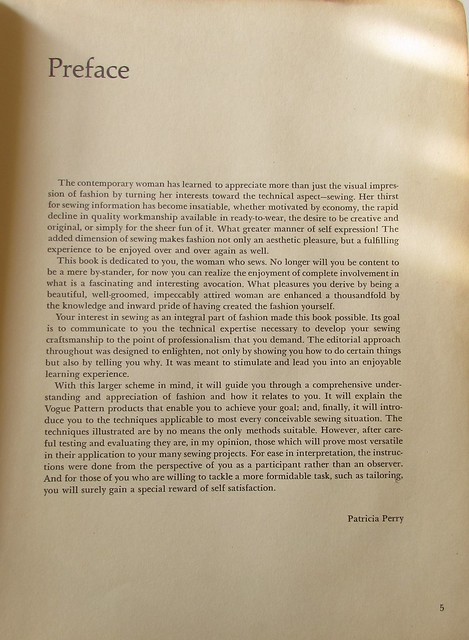 that it was made for you, the woman who sews. 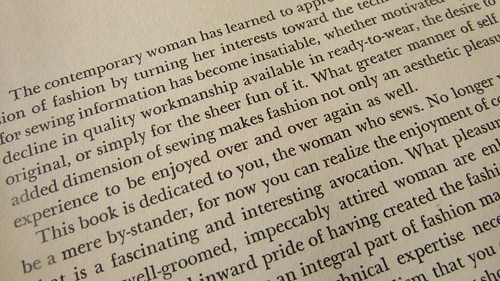 The book considers you a creative rock star. 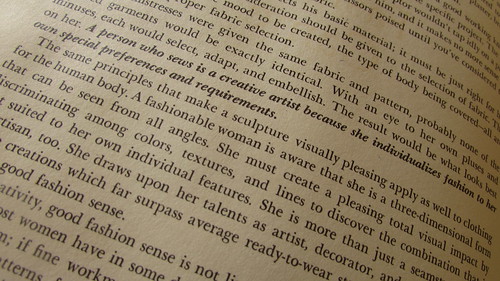 Clocking in at over 400 pages, you’d be hard pressed to identify one thing missing from this tome.

Imagine how indispensable it was to the YouTube-less sewers of the past?? 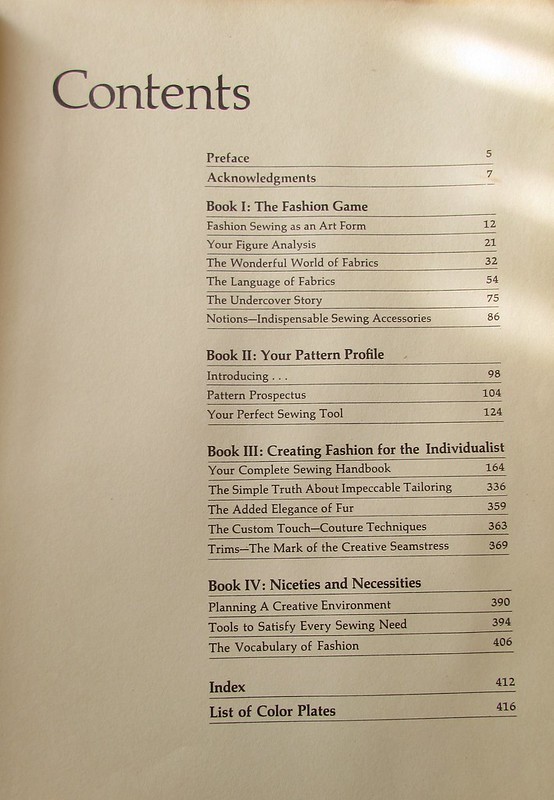 Broken down into books within the book, we have 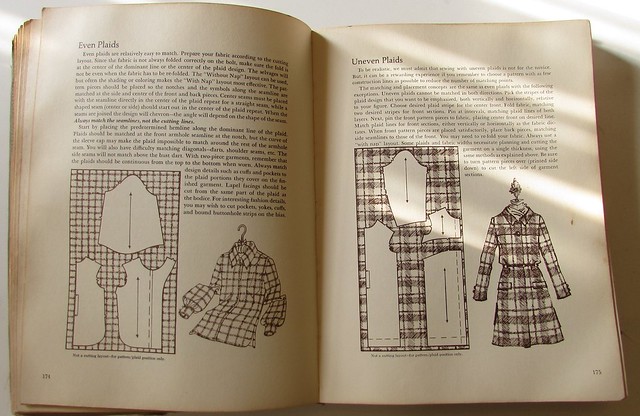 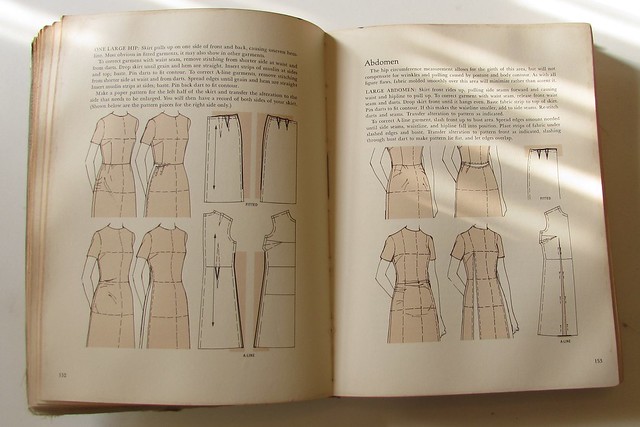 There’s even a fashion vocabulary. 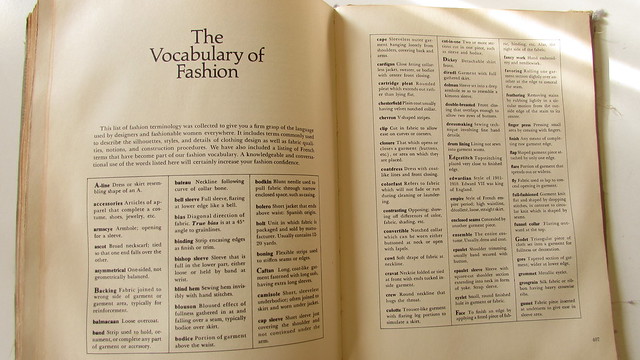 It is indeed your complete sewing handbook. 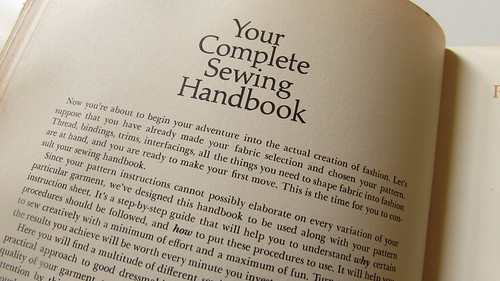 I love looking at the silhouettes and smiling about how many of them are back in vogue. 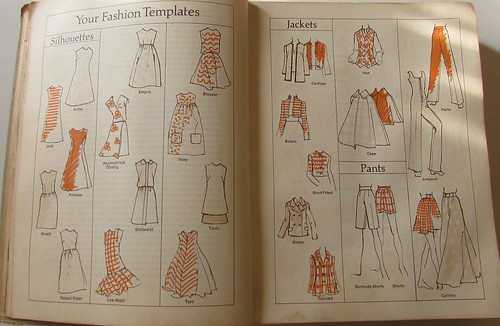 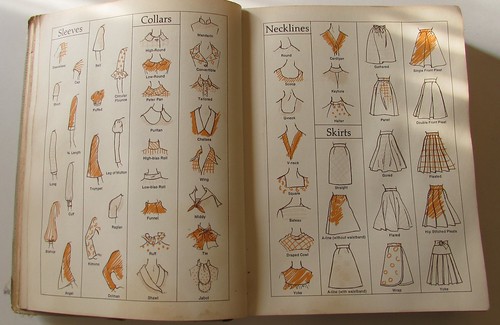 And taking comfort in the fact that the quest for the perfect sewing room is not a new fad. 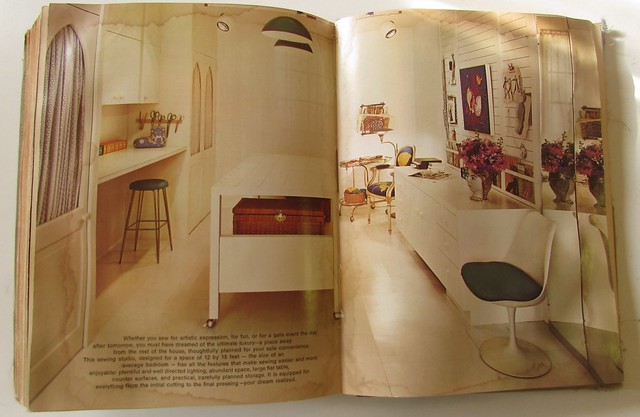 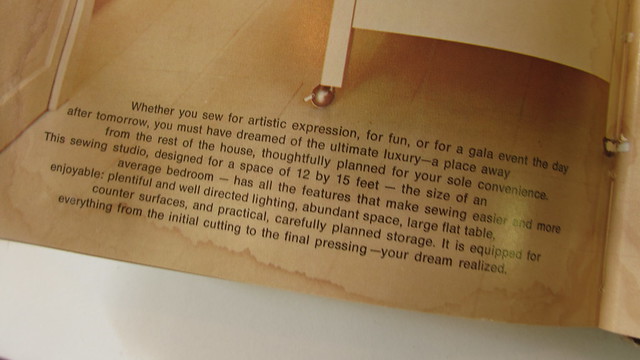 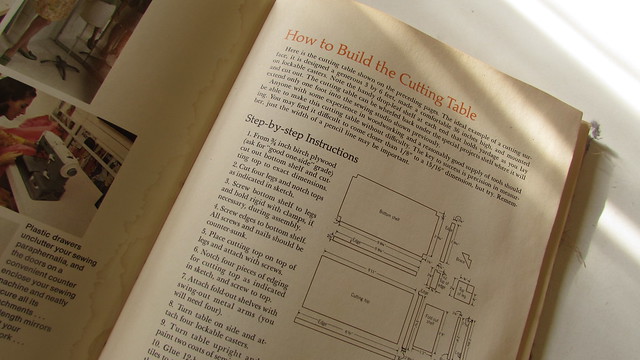 The revised and updated edition of this book has it’s own brand of charm.

Elegant illustrations, detailed instruction and information, all in a more convenient size and paperback format.

But nothing can top this old beat up beauty. 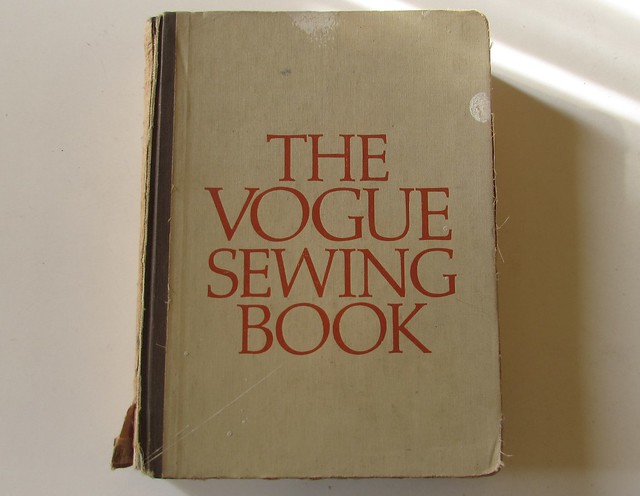 This bit of my gran. In book form.

Right on the SHELF.

My garment sewing mojo has taken a little hiatus. Instead, I’ve been reading and day dreaming about a host of other creative endeavors to get stuck into.

I am not a quilter, but I will be making my own version of this art quilt.

It’s Frida. So, obviously, I love it.

I stumbled across it at the perfect time: while focused on projects/additions to bring color to my bland home.

I can’t wait to see them in person!

Which she named after yours truly!

She has a post full of the sweetest things ever said about me (that my hubby and kids didn’t say, anyway) and I only have the tenderest of feelings about her. This part of her post resonates the most with me:

“I am so grateful to be a part of this inspiring, generous and creative community. Me? Wings. You? Wind.”

I’m continually amazed by how much my sewing friends mean to me. I will always choose their company over others because we can talk about anything PLUS sewing!! That’s indispensable! The gave and take, the honest discourse about serious issues and the laughs (OH, the laughs) are more than I ever expected to get out of blogging.

I’m still gobsmacked, honored and blushing that Heather was in any way inspired by me!!

Get ready for a whole HEAP of Netties!! 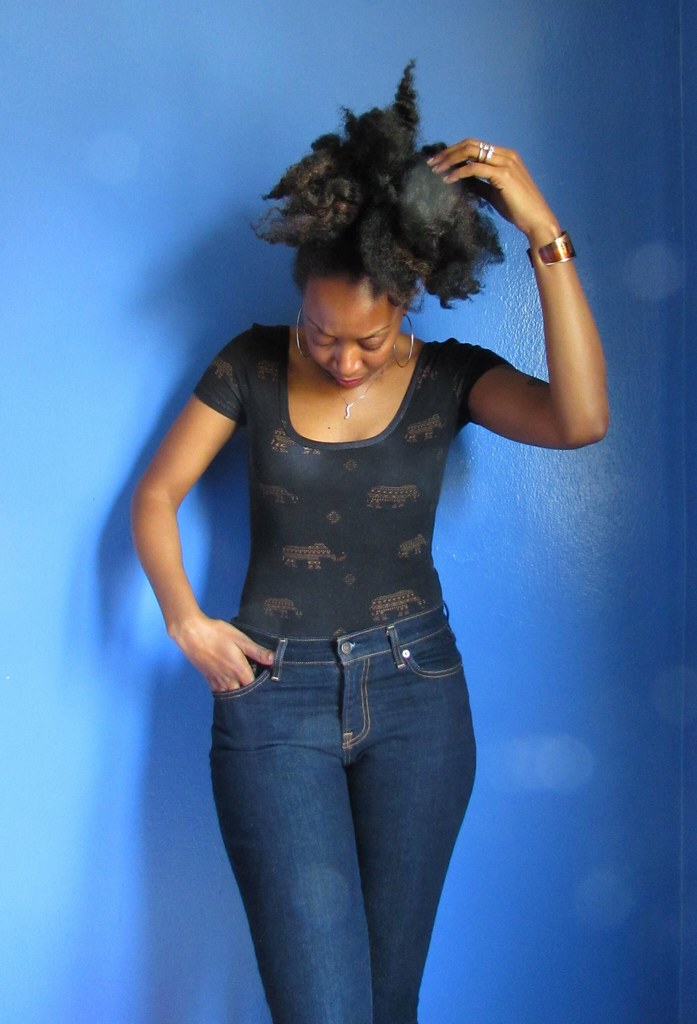 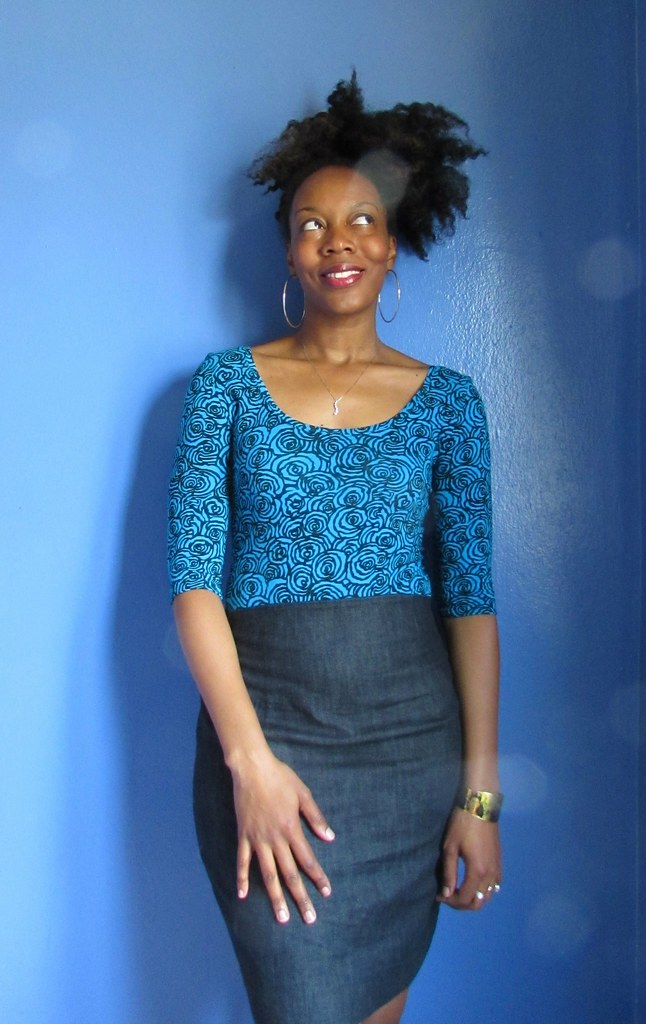 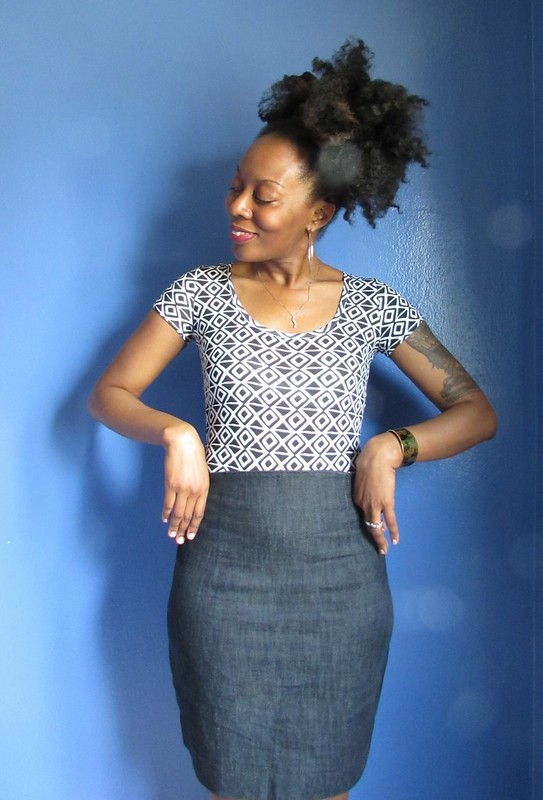 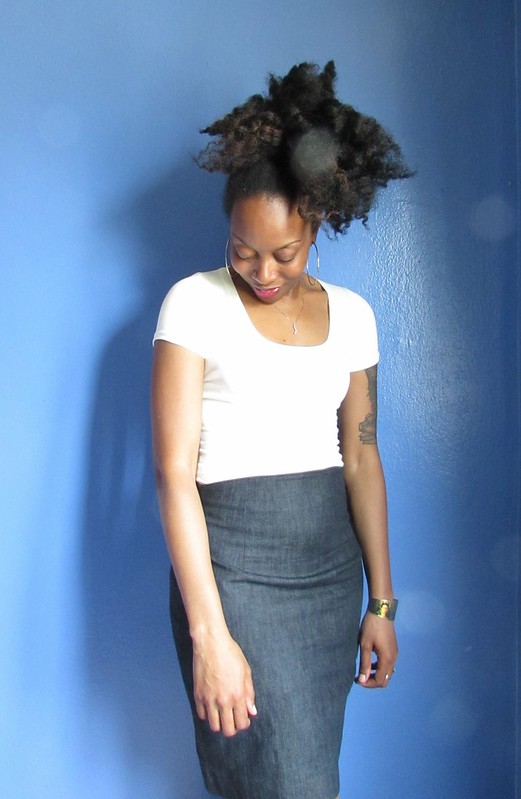 These babies (shown in the order sewn) each deserve their own post!! I learned something new on each one and I can’t wait to make even more! There are so many combos included in the pattern.

And you can knock up one with the odd yard of knit in your stash.

I have SO many mods in mind (Bombshell+Nettie mash-up, cropped, a low back version, and on and on!) that I foresee a LOT of Nettie in my summer!

Stay tuned for the goods on the different fabrics I used, the (kick ASS) fit, tips and more loving on Heather!

The Fashion World of Jean Paul Gaultier:
From the Sidewalk to the Catwalk
The Brooklyn Museum

There are no words to describe how truly incredible these pieces are in person!! Viewing this exhibit while in the midst of my Sew Sexy-Sewalong mindset made me view many things in a completetly different way. And my recent fabric shopping trip (OMG, so much fun chatting and shopping with these three ladies!!) was certainly influenced by it (leather, metallic, print).

Even as I viewed the pieces and snapped these photos, I sensed a theme. I am, clearly, most drawn to the waistline and garments that highlight it. That nipped-in-ness is sexy to me. Whether it is on a metallic leather corset (my FAVORITE PIECE) or a striped, backless tshirt with a floor length train. 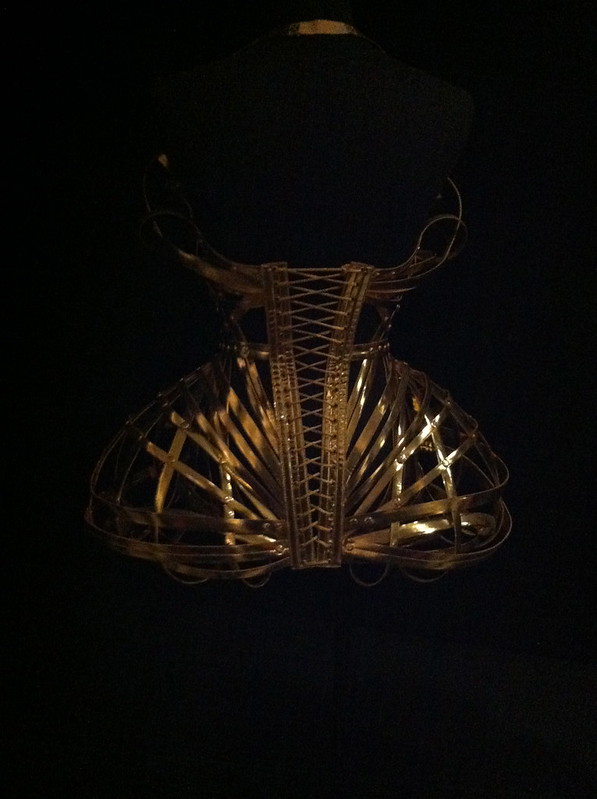 And I found a few of the pieces from the exhibit being worn:

Check me out!! Featured on Librarian Dreams!!

A curator’s job must be so difficult. Deciding which bits of a vast history, body of work or era to include sounds immensely challenging. Perhaps, that is what makes it all the more impressive, and rewarding, when the job is done well. When I planned my visit to the Stephen Burrows exhibit on display at the Museum of the City of New York, I expected to see beautiful clothes arranged in an artful setting. But, both Mr. Burrows work and the museum met, and far exceeded, that expectation!

The very first thing you see when you enter the space that houses this collection is a massive photo of Grace Jones, outfitted in Burrows’ clothes.

This image immediately sets the tone for the liveliness, beauty and attitude of the entire exhibit. Burrows’ work is an explosion of color, pattern, texture and, most of all, movement. Stephen Burrows: When Fashion Danced, is appropriately named.

The designer’s evolution is clear and the way the exhibit has been arranged encourages you to view the pieces in the order of that evolution. Positioned just after Ms. Jones are several sketches. An introduction of sorts.

Leather, fringe, fur, glamour give way to jersey, silk chiffon, sequins, glamour. Even a coat made of wool felt drapes in such a way as to appear weightless. I was also struck by how body conscious and sleek many of the pieces were while still remaining fun and elegant. Quite the accomplishment.

Taking it all in as one evokes a feeling that Iman succinctly sums up:

Even the room is cloaked in billowy fabric, carrying the movement from the clothing up the walls to the ceiling.

The sparse color of the ceiling, background and platforms create the perfect backdrop for this color explosion. The deep ebony mannequins setting them off in a way that any other color just couldn’t do. Their posture communicating self assurance, elegance, class, playfulness, sex appeal.

Stephen Burrows continues to enjoy a thriving career and made a splash at the opening ceremony for the exhibit. It’s so wonderful to see someone receive their honors and accolades during their lifetime. To have the chance to see the impact that their influence has had on their industry. What an amazing privilege.

It’s thrilling to see him smile and mingle with those whose careers mirror his own rise. Iman, Bethann Hardison, and more of the African American glitterati gathered to reminisce with him and show that they still look fabulous in his clothes. This exhibition is just one in a long line of retrospectives, documentary films, awards and fashion milestones. After more than 45 years in the fashion business, he can also add to his list of distinctions the honor of styling for a range that includes collector edition Barbie dolls and the First Lady of the United States.

His continued success and growth into a fashion mogul that has prospered with the times, he’s on Twitter AND Instagram creating his own buzz about his work, makes me think of his contemporaries (like Jaxson and Kelly) who did not live to do the same.  With a few of his vintage pieces for sale on Etsy and Ebay, including sewing patterns(!!) and invitations from the Chambre Syndicale de la Mode to present his collections in Paris, make me hopeful for more of his work for years to come.

This review originally appeared on Handmaker’s Factory.
Thanks, again, to Nichola for making the arrangements for me!